KATIE Price and Carl Woods are soaking up the sun in the Maldives on their ‘baby-making’ holiday to a luxury ocean-front villa.

The loved-up pair, who are trying to rebrand themselves as globe-trotting travel influencers, were flown out in First class by British Airways. 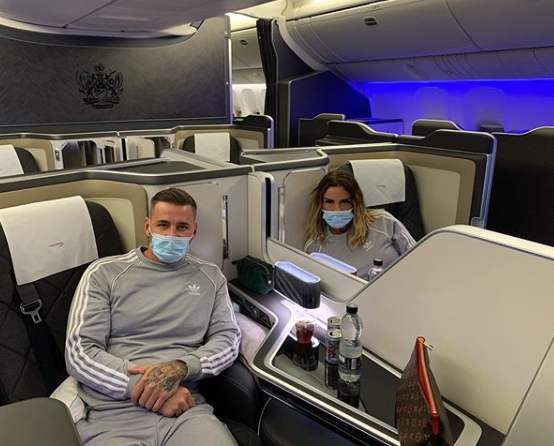 The pair were in matching First class pods – and tracksuits

The pair were in matching First class pods – and tracksuitsCredit: InstagramCarl, 31, announced that he was “taking the dolly away” as he shared pictures of their passports beside a Louis Vuitton bag.

The pair sparked rumours they had married after Pricey, 42, rolled up at Heathrow airport with a suitcase with ‘Katie Woods’ emblazoned on the side.

And they were later seen kissing outside the first-class lounge in their matching grey Adidas tracksuits before boarding the flight early.

Katie and Carl started the ten-hour trip to South Asia by cuddling up together in the same pod before settling into separate side-by-side suites. 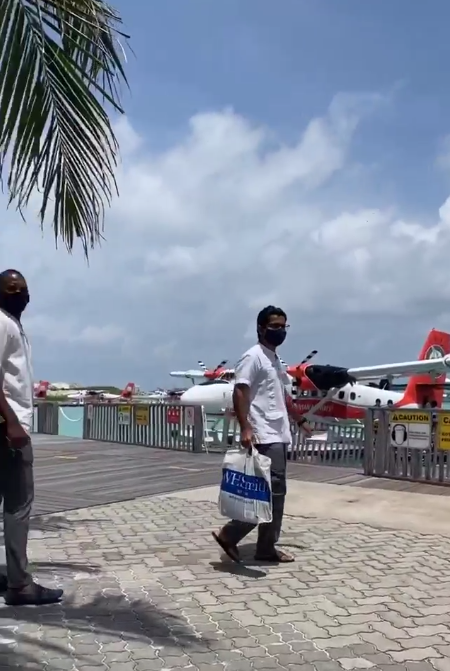 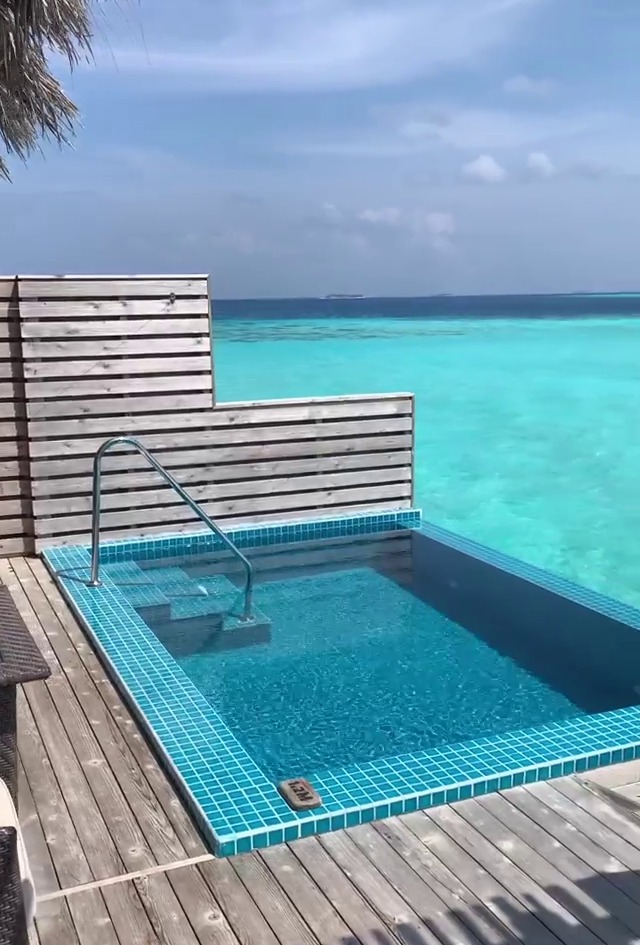 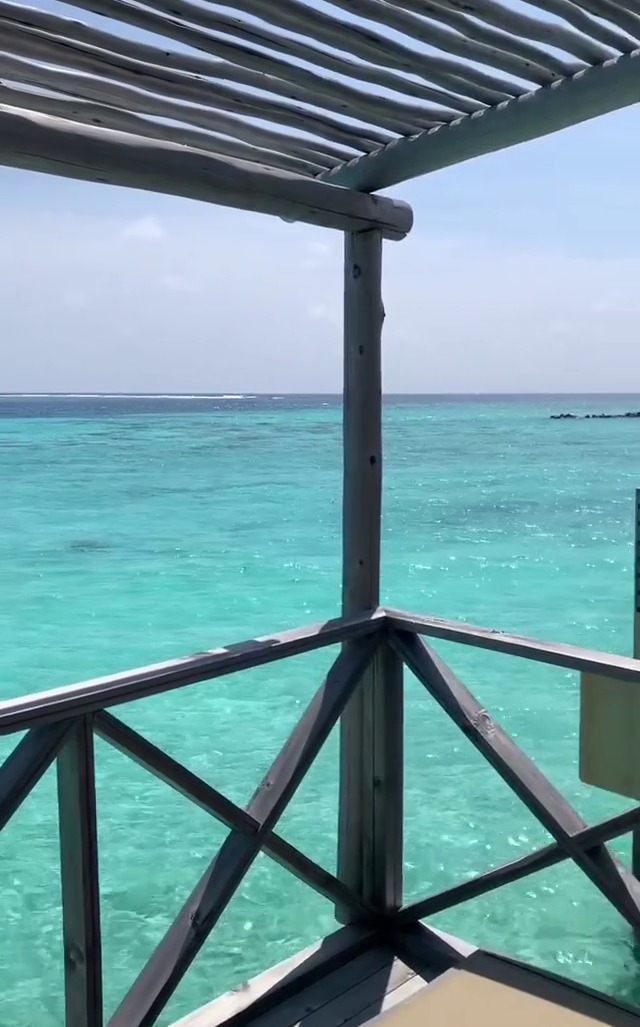 There are uninterrupted views of the turquoise-coloured ocean 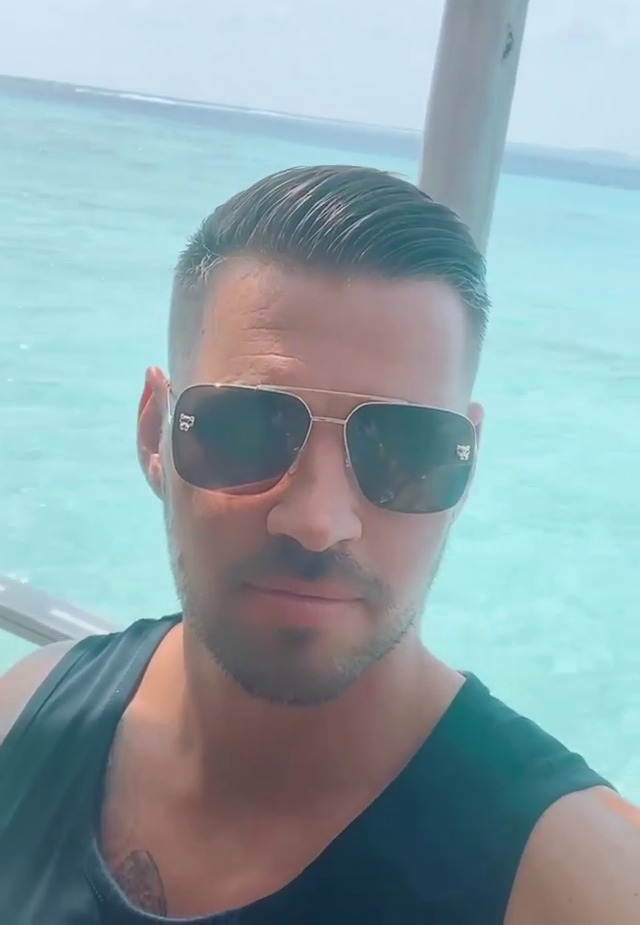 Carl posed on film and asked his followers: ‘How beaut is that water?’

Former Love Island star Carl was the first to share the view, of the decking outside their room – complete with a private swimming pool.

He then panned the camera around to show the glistening turquoise sea stretching out into the horizon.

Carl said breathlessly: “How beaut is that water? Get on that.”

Katie, who recently revealed she would be trying for her sixth child with her new man, are hoping to turn the holiday into a so-called ‘conception-moon’. 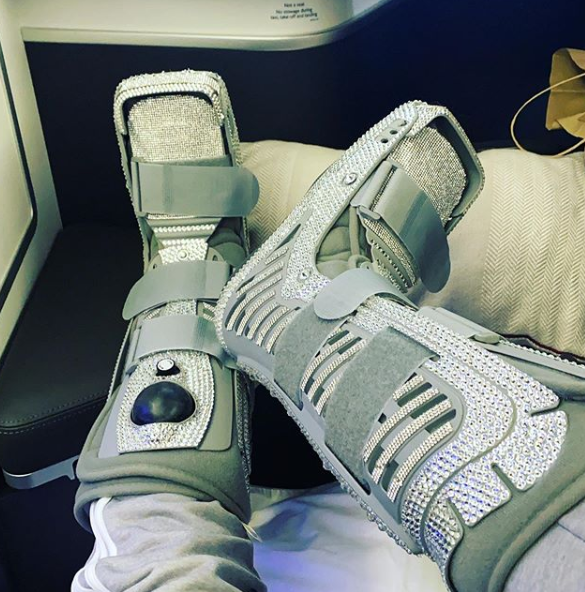 Katie travelled with her feet in sparkly customised support boots 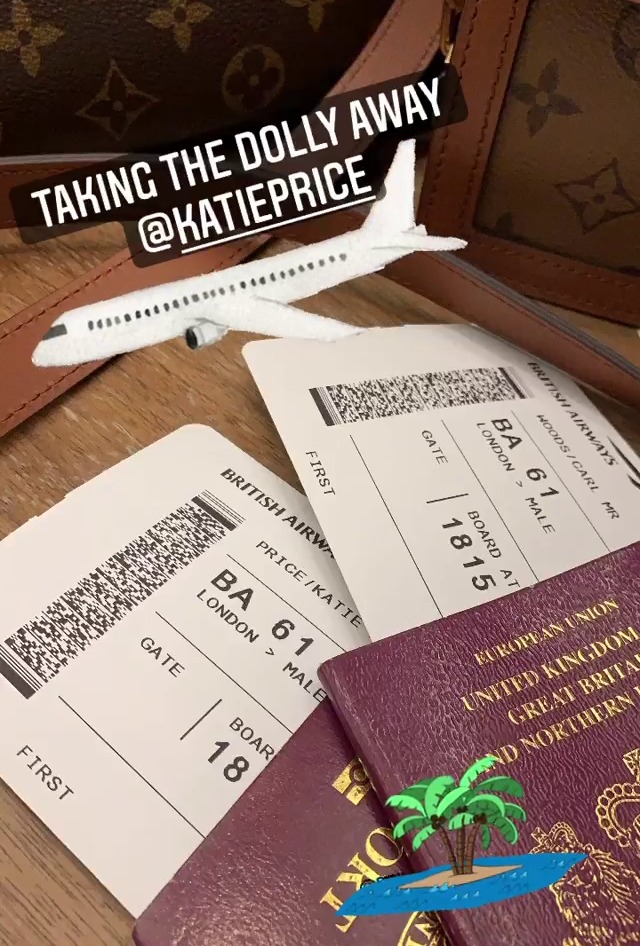 He earlier announced that he was ‘taking the dolly away’

A source told The Sun Online: “Katie’s really excited and has been telling everyone that she and Carl will spend the whole holiday ‘making babies’.

“Nobody would be surprised if she returned pregnant with her sixth baby. She’s already taking folic acid and is on a fertility diet with lots of spinach and vitamins.

“They’re moving very fast, but as Katie says, she’s not getting any younger.”

As her Instagram videos proved, she is still wearing two chunky orthopaedic boots after breaking both her feet in July this year and needs to be wheeled about.