On the 4th of October, a group of 86 students from the Asian Academy of Aeronautics, based in Addu City, filed a petition against the flying school with the Maldives Civil Aviation Authority and Ministry of Higher Education regarding their concerns over the school.

The Asian Academy of Aeronautics (AAA) was founded in 1991 and is a privately owned company based in the Gan Island in the Republic of Maldives. According to AAA, the flight and ground training is conducted in accordance with ICAO and JAA-FCL compliant standards as required by the Maldivian Civil Aviation Dept; (MCAD), an ICAO member state. “We provide the students with all the available support and resources they need to reach their full potential as a qualified pilot and achieve their career goals.”

The main issues reported by the students include significant delays in the completion of courses. “I joined in 2018. It was an 18-month program so the loan taken from the government was for 18 months. The deadline for loan repayment is right around the corner and the school is still not sure when the course will be completed,” said a training pilot.

According to students, the delay is caused by reasons such as lack of instructors, continuous enrollment of new batches without solving the already existing issues of delay and general incompetence of management. “The school claims that a student who finishes 8 out of 12 of the final theoretical exams, would be eligible for practical training once every 4 days and the frequency of these training sessions would increase upon completion of all exams. In reality, despite completing all the final exams, the practical training occurs with weeks of breaks in between the sessions.”

Responding to the concerns, Chairman of the facility, Aliakber Jeevunjee said that the 18 month period of course completion is based on the weather always being suitable for flying, the students’ payment plan being current and also the students completing their exams without delay. He said that most students are unable to keep all three functions current, which usually leads to delays. If that’s the case, students are unclear why the school would offer students an unrealistic expectation of when the course would be completed. 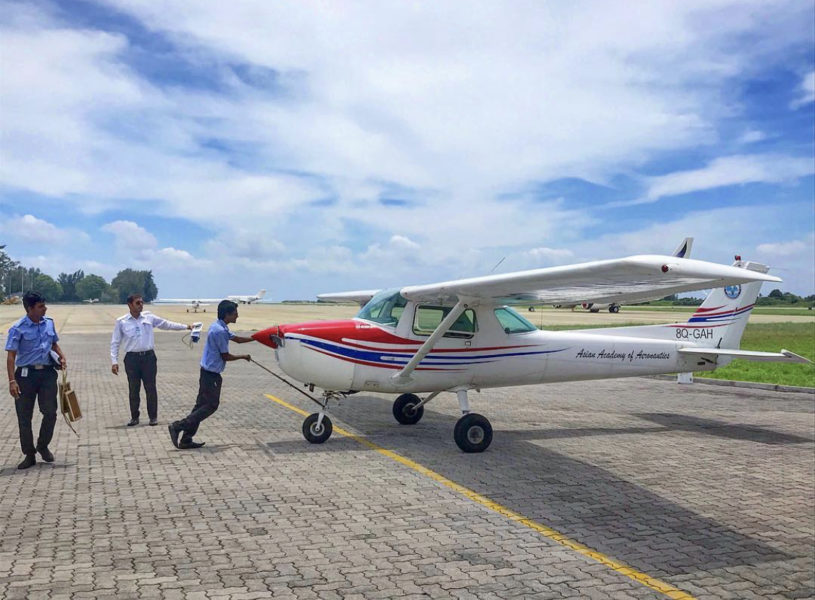 Other concerns include lack of transparency in scheduling which leads to favouritism, poor communication between the school and the students, intimidation against students who come forward to the authorities with their concerns and risk of theoretical exams validity period expiring before skill tests.

These grave concerns by students are followed by concerned parents with no answers to provide with, psychological and financial burdens. “I have done my part here as a student, but in return, all we get is discrimination and false hopes. Despite all the efforts and commitment I put in, the schools makes me feel like a failure,” says a student.

After a week the email was sent to the Maldives Civil Aviation Authority and Ministry of Higher Education, Higher Education Minister Dr Ibrahim Hassan has said that work is ongoing to provide help for students. According to the Minister, discussions are ongoing with relevant authorities to help the students.

Now the question remains: how long will it take for these concerns to be addressed? The students are expecting to see a swift resolution which is fair to both the school and students. Will the hope of future pilots in the country be revived?